Repair rather than toss.

I am a big believer in repairing devices rather than throwing them out. Sure, now and then something will break beyond repair, or beyond economical (parts or time) repair, but I think that line is not even looked at sometimes and good tech is often just tossed out because it’s “last year’s.”

If something has a lot of life left in it, and it’s worth the time repairing, then, much to my wife's annoyance, it will usually end up in my garage.

Case in point are some solar panels I found at our local recycling center.

The specifications of each panel are pretty impressive. 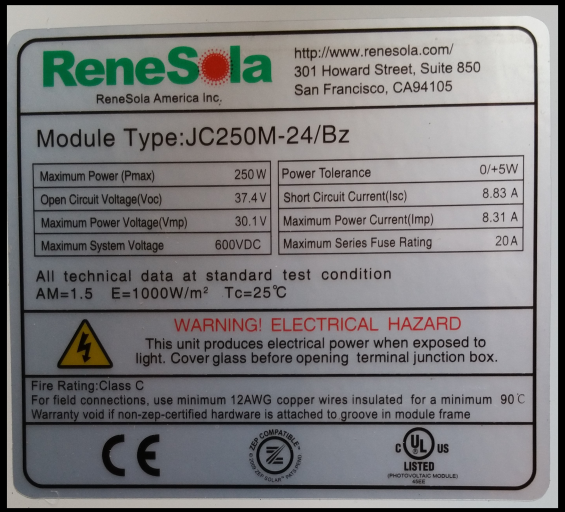 They were brand-new panels that were dropped as a bundle somewhere in their shipping cycle. How they ended up at the recycling place is unknown, but they were a really (really) good price, and except for some broken glass they should be perfectly serviceable solar panels.


It is a little hard to see, but the glass simply shattered all over. 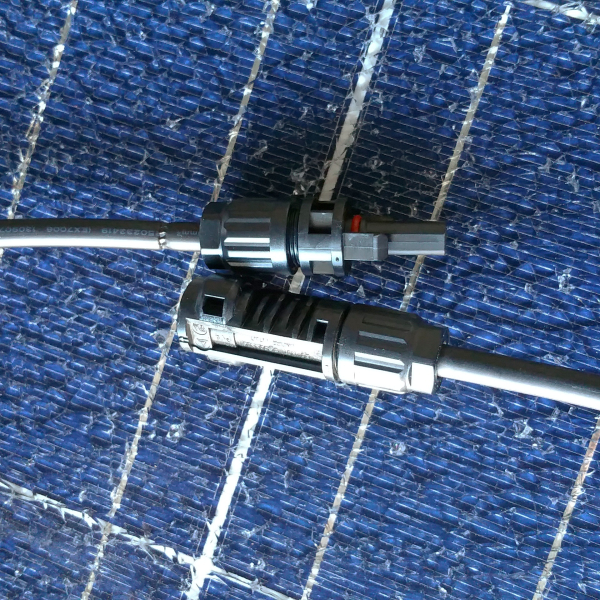 This photo is a closeup of both the industry-standard solar connectors and the shattered glass. All those little wrinkles, spots, and curves in the glass should not be there.

You have to be super careful handling the panels, as the glass is a little flakey and will lift off in teeny tiny shards if rubbed, but otherwise it’s solid and is worth keeping. It just does not have any waterproofing value any more.


The other thing that really bothered me about these panels is that I know they have a lot of embodied energy in them. In other words, it takes a lot of energy to smelt, refine, and make the solar cells. To see that go into landfill and take a lot of years to break down is just a bit much for me…. So yeah, we rescued them and feel pretty good about it thus far.

Want to learn how a university in Jordan built a solar plant to power their entire university campus?  Check out the case study below.


We considered our options. Do we put another sheet of glass on the top? (Traps heat and possibly moisture and adds a lot of weight). Do we pour polyurethane over it? (Yellows over time and breaks down under UV). Do we smear silicon over the whole thing? (Less light gets to the cell and so less power is produced).

After a bit of web surfing time, we found a product that I felt was right for the job. It’s a two-part epoxy that is UV resistant and not too expensive. Only time will tell if it is up to the job, but thus far, it’s been pretty easy to work with.


So, step one. Clean down the panels. Even though they are ‘new’, they have been in storage and have a layer of dust over them. As I said, be very careful rubbing them and throw away the rag as soon as you are done cleaning. 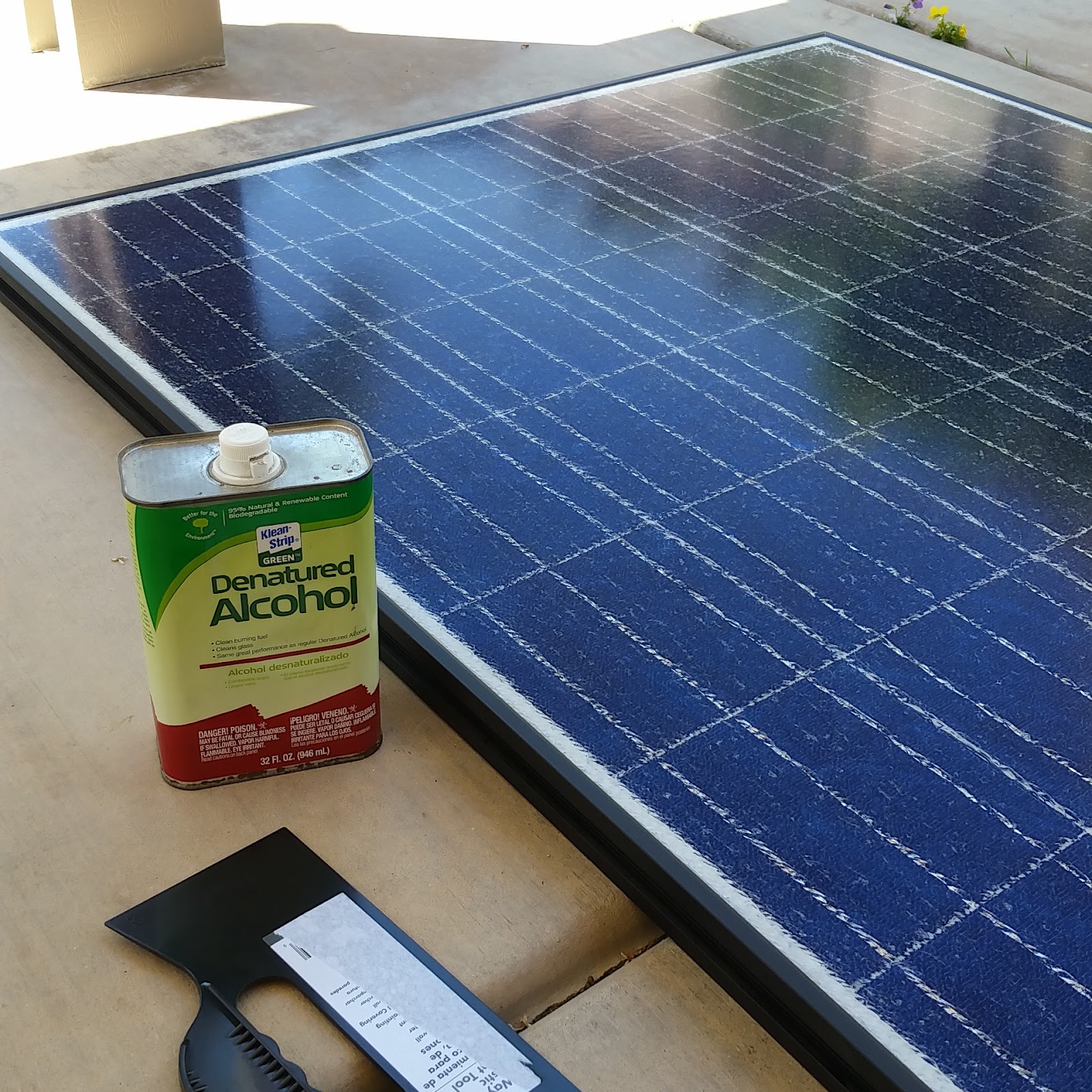 Step two. Mix the epoxy. You have a working time of hours, so do not be afraid to spend a lot of time mixing the two parts—like 10 to 15 minutes. My friend Trevor was a big asset here. He is heavily involved in setting up, running, and instructing at the North Idaho College Aerospace Center of Excellence. In other words, he works in the carbon fiber air-frame world and works a LOT with different epoxies.

He made it clear that the best way to mix them was to use a third container (it’s temping to just pour the Part B into the Part A container and give it a shake and call it done). Use a flat-bottom container and a mixing stick with a flat bottom. Make sure that you really scrape the sides and bottom while mixing to be sure that the entire batch is fully mixed. Don’t worry about the bubbles that will form while you mix; they will come out once you pour the mixture onto the solar panel. 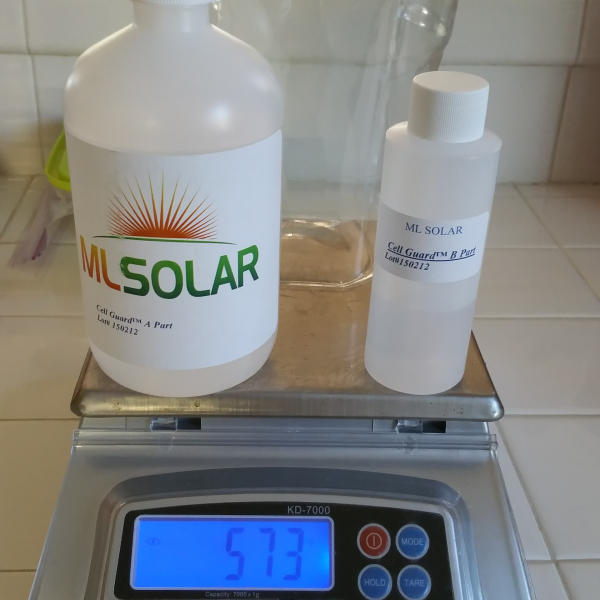 Why the scales? The mixing ratio is 10:1 and I wanted to be sure it really was a case of all of Part B goes into Part A.

Step Three. Once you have them fully mixed, pour it out and spread it out. No rocket science here. Just don’t get too excited and push it over the edge. 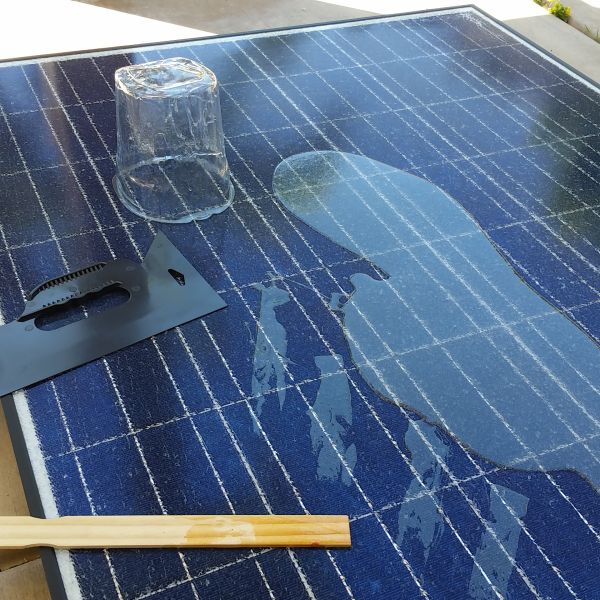 Step four. Leave it alone for a few hours and let it set. 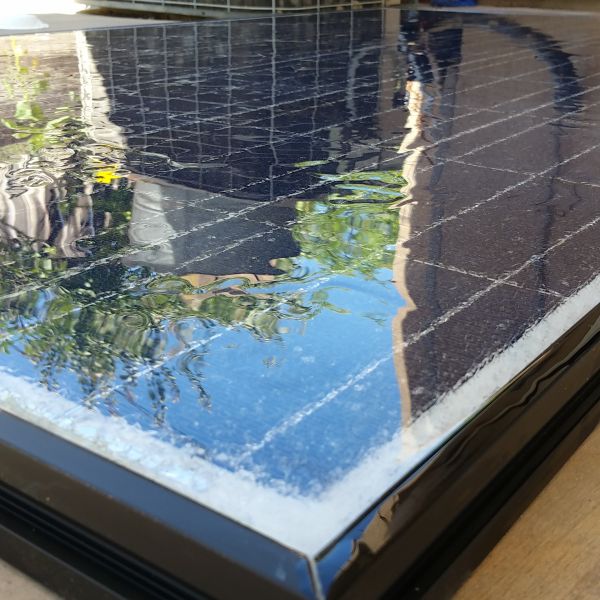 As you can see, it seals it up rather well. Nice smooth surface with a good seal around the edge and up to the lip of the frame. Waterproofness restored. Yeah!


It should be good for the life of the panel, some 20-ish years.


Now the fun part. (Well, Ok, the bit after we have the "fun" of mounting them on the roof). We get to hook it all up to Opto 22 hardware to measure and control the system, and use groov for the human (me!) to interface with it.

I will NOT be connecting the solar system to the grid in anyway. In other words, I do not want to worry about getting a NET smart meter and agency approvals to export power to the grid. As you hopefully remember from my blog a few weeks back, I monitor the power used by my house and know that it’s a pretty steady 800 watts, so the 750 watts from the panels probably will not push me into export, but the permits are going to cost more than I feel is worth it.

Not only that, but with a grid tie system, if the grid goes out, the solar is useless: I can't easily gain access to the power from it. (This is the major reason for my not wanting to go with a grid tie setup—I want access to the solar power no matter what the state of the grid is). Same at night. If we lose the power at night, I want to have some backup power option—think whole-house UPS (uninterruptible power supply), but without any (ANY!) connection to the house wiring at all.

So, how’s the best way to hook the system up? Do we go with a 12-volt battery, or 24-volt? (Or higher still?) How do we use the power it produces each day? What system is going to give me the most flexible options for future expansion (Mour Powa!)?

Let me know your thoughts in the comments…. I have some ideas on how I am going to hook it all up but am not locked into anything at this stage (the panels are repaired, but not on my roof at the time of writing this blog), since we have not bought any hardware other than the panels. I’m thinking at this stage of just running my Opto racks and a few computers from the system, a steady 400-watt load, just to get me started and get the hardware and software control strategies refined.

Oh, and just in closing, here's a tip: don't leave your panels on the grass in summer for more than the briefest of moments. 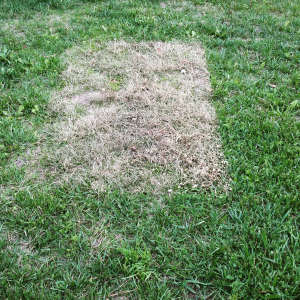 Till next time, Cheers Mate.