Digitally Wiring the IIoT with Node-RED

Digitally Wiring the IIoT with Node-RED 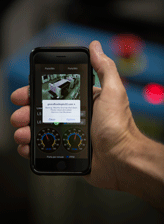 We’re all aware of the opportunities the Industrial Internet of Things (IIoT) is poised to deliver:

But developing and deploying a successful IIoT application requires leveraging two completely different technology disciplines that for the most part were never designed to work with one another: OT and IT.

But building applications that connect information from OT devices and data stores to IT resources and systems has traditionally been difficult. The two groups use entirely different application development tools tailored for their specific disciplines.

Node-RED is a tool for digitally wiring together hardware devices, APIs (application program interfaces), and online services in new and interesting ways.

Node-RED is an open-source technology available on GitHub.com and npmjs.org. The development environment can run on almost any platform:

The Node-RED development environment offers a gradual and easily approachable learning curve for users of all levels and requires few or no programming skills.

Built on the popular Node.js JavaScript runtime, Node-RED benefits from a large Node-RED library—containing over 600 prebuilt and ready-to-deploy nodes—allowing IIoT application developers to leverage existing software code and deploy it directly into their applications.

The development environment is any standard web browser, and it uses a drag-and-drop interface. The simplicity of Node-RED allows IIoT application developers to focus on identifying an opportunity and developing a solution, rather than building the components of an application from scratch.

For example, want to create an application to poll data from a Modbus/TCP slave, log that data to an SQL database, and move it into a machine-learning application program like IBM’s Watson? There are nodes for all of those functions, already developed and ready to deploy without having to write, debug, or support software code.

Advanced JavaScript functions can also be created within the editor using a Function node. A built-in library lets you save useful functions, templates, or node flows for re-use.

The flows created in Node-RED are stored using the widely known JSON format, which can be easily imported and exported for sharing with other developers and applications, promoting the idea of social application development.

In contrast, Node-RED’s existing pool of code blocks enables nearly anyone to rapidly prototype and develop IIoT applications to connect data streams from industrial assets to IT assets, bridging the gap between the worlds of physical equipment and digital computing systems.

Developers can even prototype applications on low-cost maker boards such as Raspberry Pi and then seamlessly deploy them to an an industrial-grade suite of products capable of functioning in mission-critical and harsh industrial environments.

The OT and IT domains began to converge many years ago with the rollout of Ethernet and TCP/IP on the plant floor. Suddenly systems became much easier to connect together.

Productivity in the factory and on the plant floor improved, and support costs were lowered, all because our devices began speaking the same protocols across the same type of media—TCP/IP and Ethernet.

OT/IT convergence is continuing up the technology ladder. And the next rung on the ladder is software. Node-RED is poised to be a major contender for standardized IIoT software application development.

Node-RED is now included in the groov Box appliance. groov is the easy-to-use tool for building and using mobile operator interfaces, and the plug-and-play groov Box with Node-RED gets you started on your IIoT project quickly.

Learn more about the groov Box.