See what people were watching in 2022 on the OptoVideo YouTube channel.

The start of a new year is a good time for reflecting on what worked well the previous year. So we took a look at our OptoVideo channel on YouTube to see what videos received the most views and proved to be the most popular in 2022.

Review the new Top 10 Videos of 2022 playlist to see what you might have missed, or re-watch some valuable content. Topics range from programming with Node-RED, to unlocking the power of the edge with Ignition, to using the new OPC UA server on groov RIO. 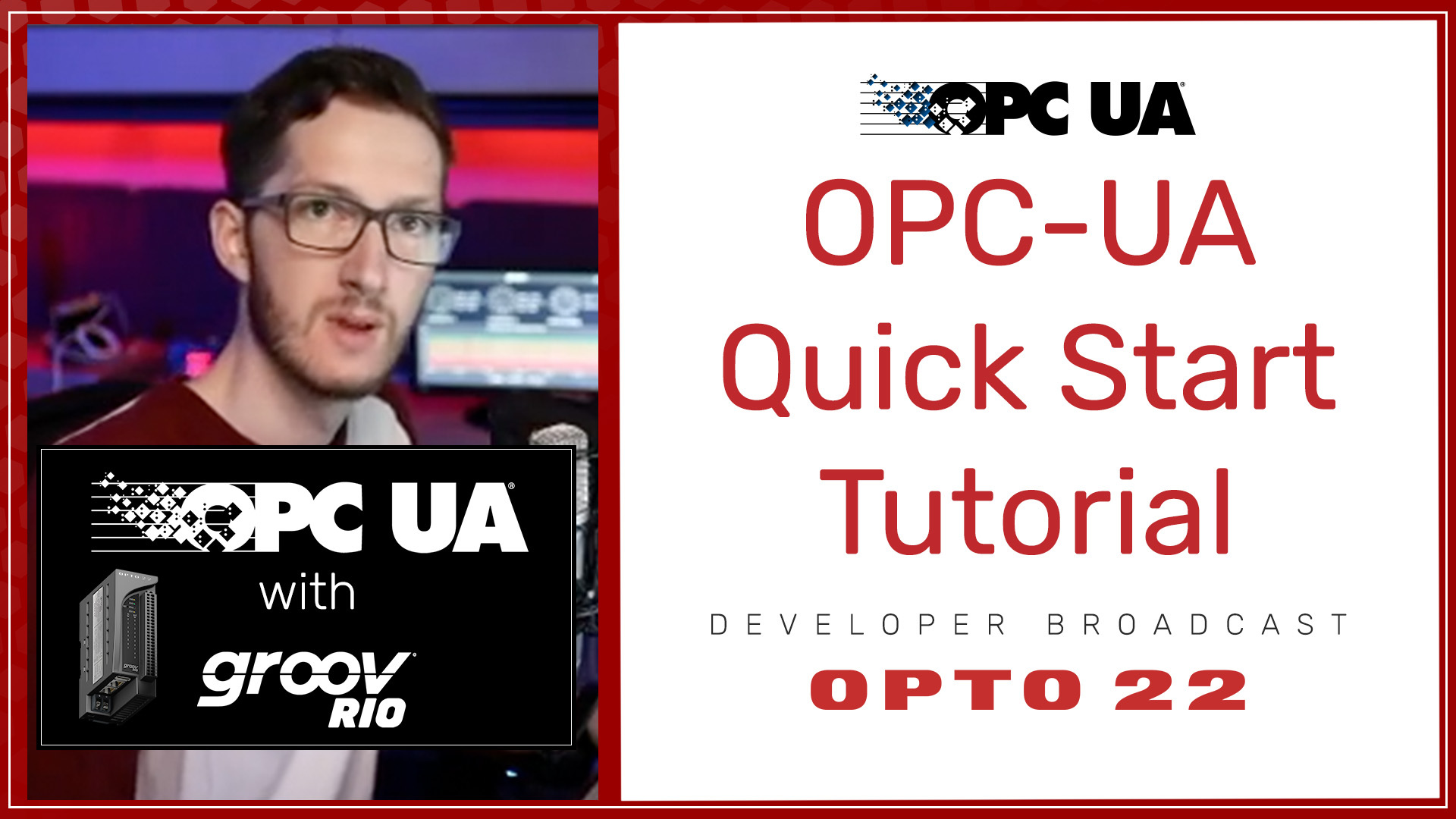 The latest video in our developer series is a quick-start guide for setting up OPC UA on groov RIO.

You heard it here first a few weeks ago in the OptoBlog! groov RIO is the first universal Ethernet I/O module with an embedded OPC UA server. Now you can connect your favorite OPC UA-compatible SCADA or HMI software directly to your multi-signal, multifunction Ethernet I/O System.

Terry Orchard shows you how simple it is. In his latest developer video, learn how to set up an OPC UA server on groov RIO to accept connections from OPC UA clients and request groov data.

Learn the benefits of power and energy monitoring

Why isn't energy accounted for the same as other major business expenditures? It's time to change that. Opto 22's Director of Business Development, Arun Sinha, shows what you gain when you implement a plan to monitor and manage energy consumption and power usage.

Use Swagger UI to make API calls with Node-RED

Next up in the Node-RED videos series is a tutorial about using Swagger to help set up API calls.

In under 20 minutes, this new developer video from Terry Orchard will take you through all the steps you need to get a solid understanding of using Swagger UI pages to create API calls you can bring into Node-RED. Using them together, you can control all sorts of APIs from your groov device, both getting and posting data, using simple Node-RED.

Create a data table in Node-RED

Next up in the Node-RED developer video series is a tutorial on adding data tables.

Did you know that you can install additional gadgets to the Node-RED dashboard? Terry Orchard returns to the OptoStudio to show off the features of the ui-table node. Learn how to install the table node package and configure different kinds of tables to fit your needs, complete with several examples using live, real-world data.

How to use context storage in Node-RED

Follow along in this new developer series video as Terry Orchard guides you through storing and passing data in a Node-RED flow.

What if you need to snapshot a message from a very specific part of a Node-RED flow?

For those of you who've been using the Node-RED programming tool or are just getting started, Terry's latest video provides some guidance on storing data. In a Node-RED flow, each node can add to, modify, or delete data in different ways. 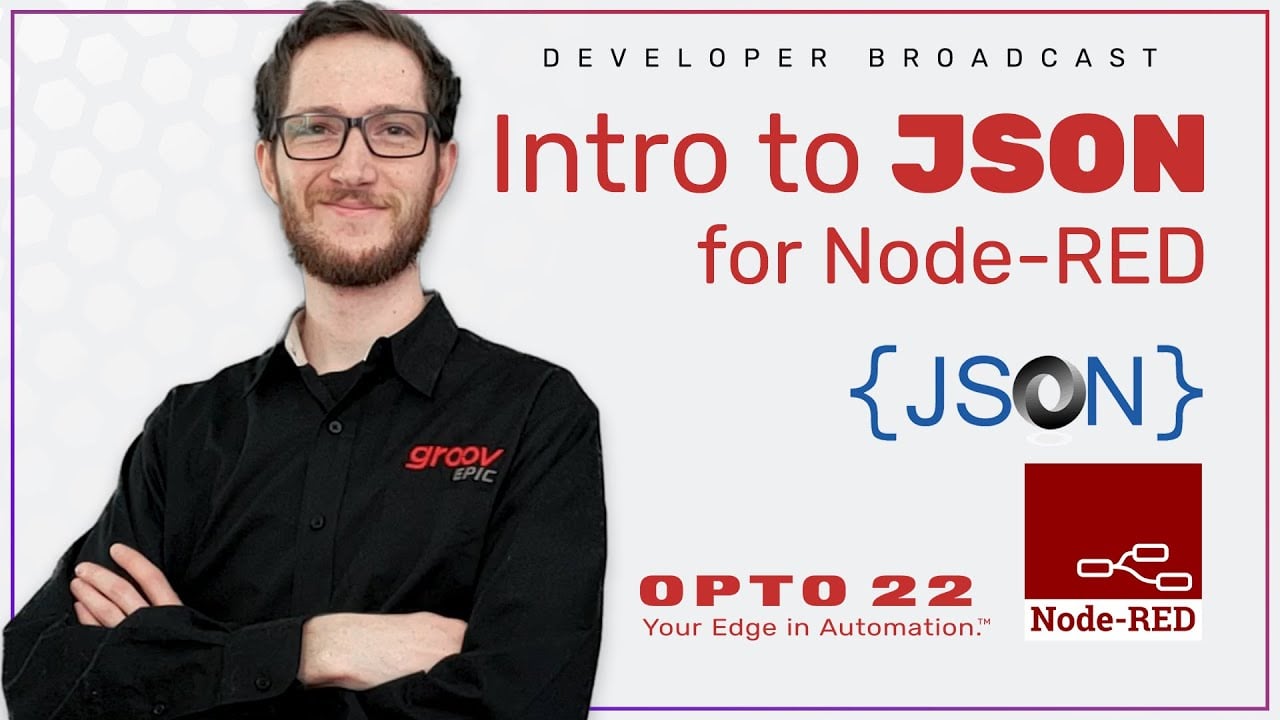 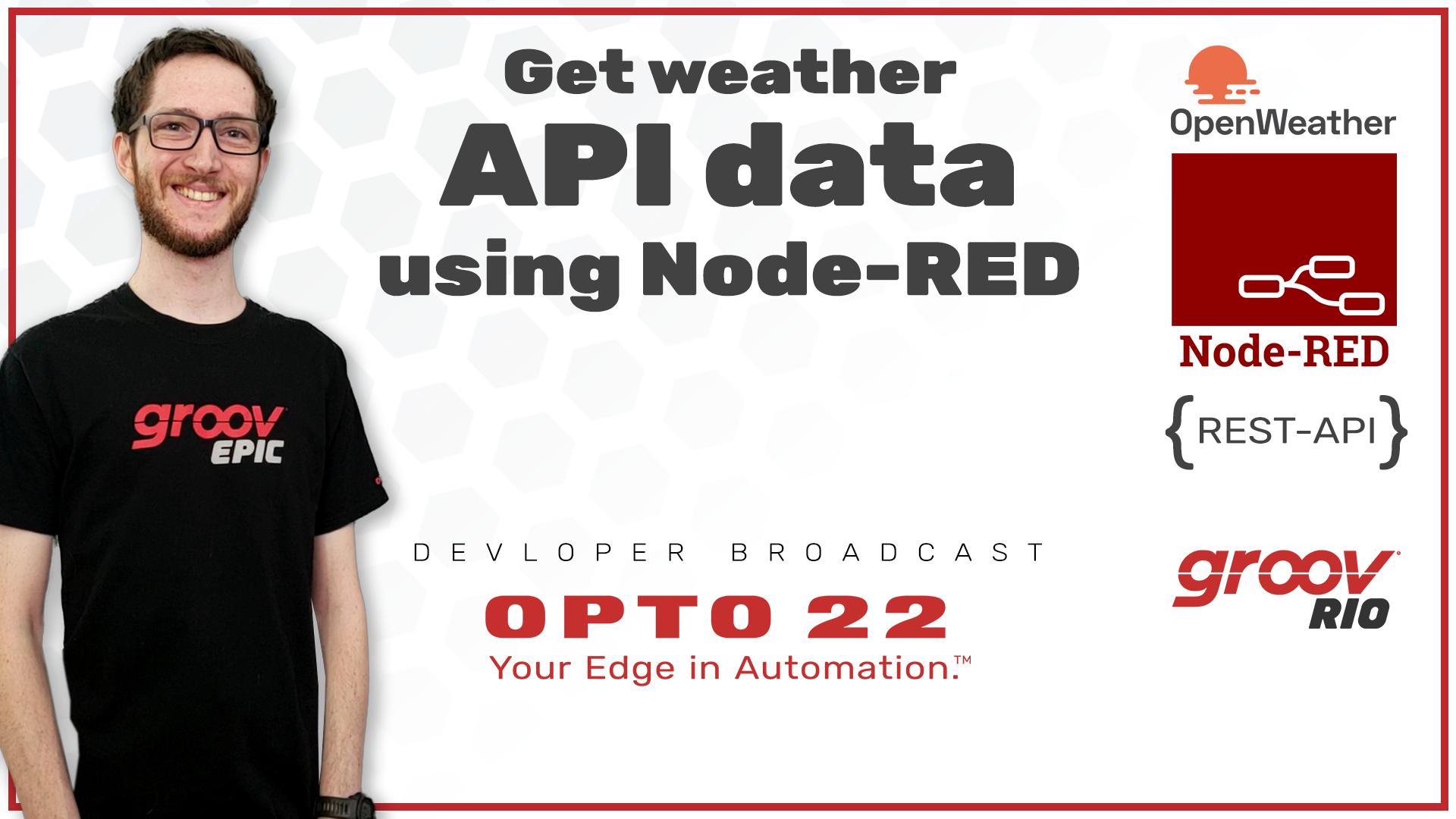 Node-RED is an extremely powerful tool that we’ve featured many times on this blog and our YouTube channel, and one very common use of Node-RED is to use application programming interfaces or “APIs” to move data between devices and/or services that would otherwise be totally disconnected.

To help you get started using APIs with Node-RED if you’re unfamiliar with these tools, we’ve just made a new video about how to build a simple API flow using an example web service for daily weather data. 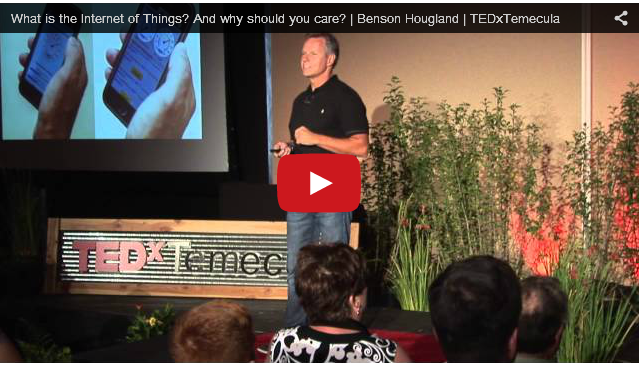 Benson Hougland's TEDx Talk on the Internet of Things and why it matters surpasses 1 million views.

The term IoT (Internet of Things) is becoming more commonplace in the world of industrial automation. The idea of companies making digital transformations and embracing the IIoT (Industrial Internet of Things) now sounds familiar and part of a typical business plan in our industry. Perhaps that's why this TEDx Talk on the topic of IoT has reached the next level of popularity?