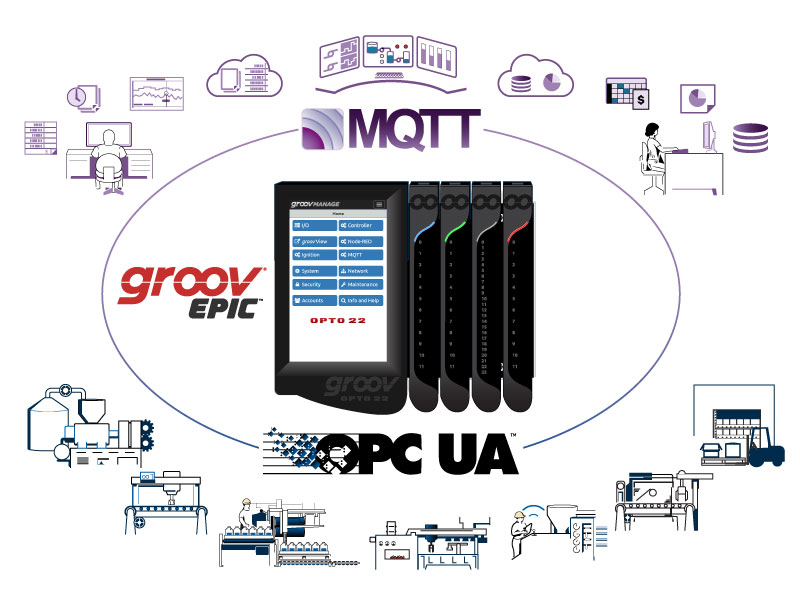 Everyone here at Opto is very excited to announce that the latest EPIC firmware update is now live.

And often these updates come with some cool new features. With this release, you'll find several. 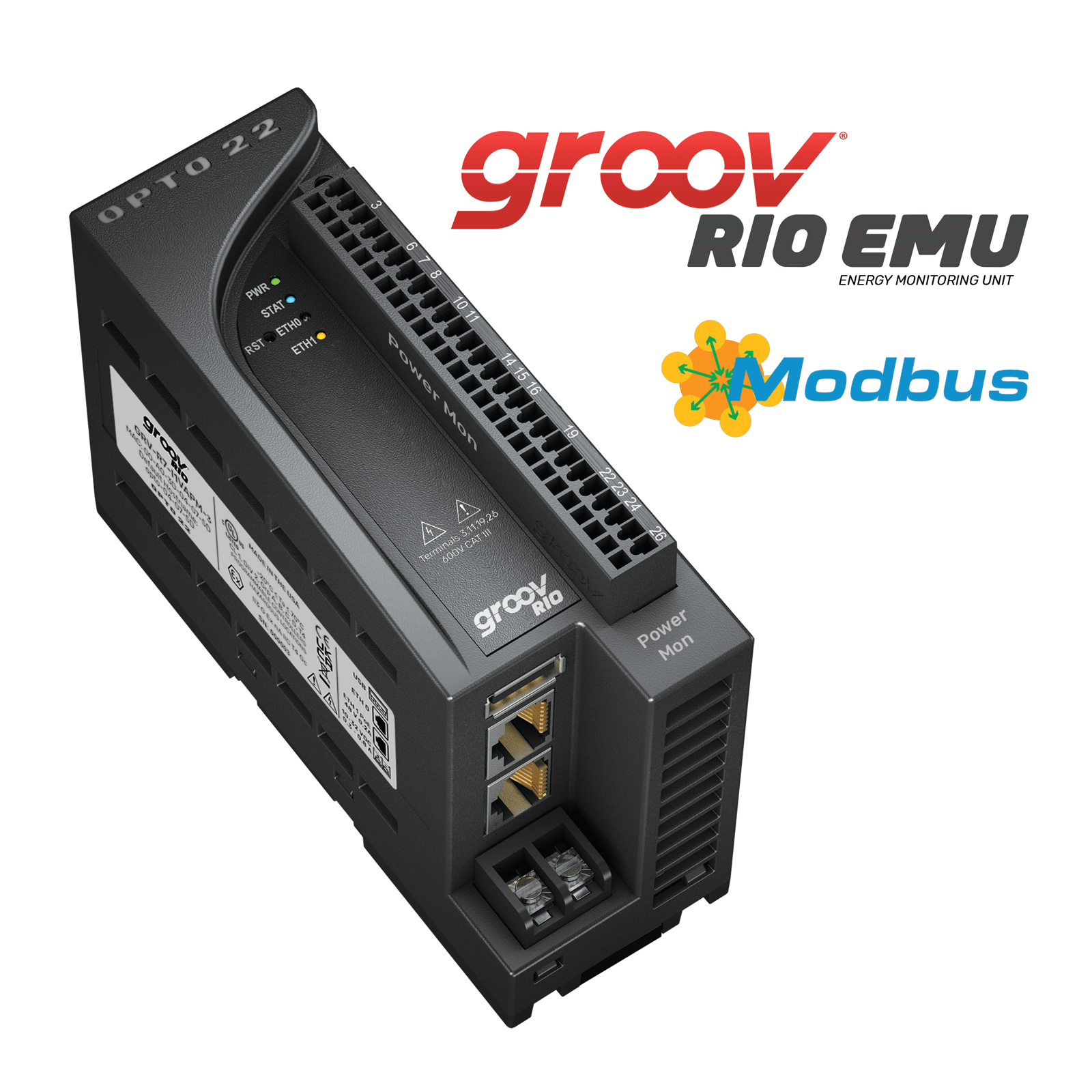 Get some tips on using the groov RIO EMU with other Modbus TCP devices.

The Modbus protocol has been around since the late 1970’s. This is both amazing and cool. Amazing as some reading this have been using it since then (how time flies!). Cool because it's been around so long, and well established and widely used.

Opto 22 products have been supporting Modbus TCP since way-back-when. Out of the box, our devices are Modbus TCP slaves (now called "servers") and can be polled for data on specific register addresses. The groov RIO EMU (Energy Monitoring Unit), one of our newest products, is no different.

Prepare to make security changes to your email accounts by May 30, 2022.

For a long time, automation engineers have sent email alerts and reports from automation applications via a ‘throwaway’ Gmail account. This seemed harmless enough at the time and really useful, but it wasn’t very secure. As email abuse has risen over the years, it's time for the “less secure” party to come to an end.

Does this mean an end to all email alerts? Not at all. You just need to adjust your Google Gmail settings and update to a new application password in each application. Of course, this applies (with different end dates) to most other email providers as well as Google; check with your email provider for details. This blog will focus on Google Gmail. 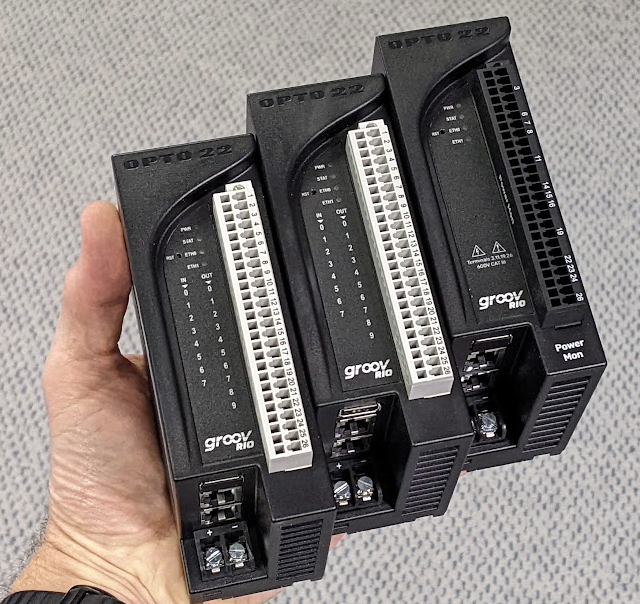 Small in size but loaded with data and connectivity options.

Hopefully, you caught our two previous related blog posts on the technical details of the groov EPIC Power Module, and the recent announcement of the new groov RIO EMU.

In this blog post, I’ll focus on the unique features of the RIO EMU as a distributed power and energy monitoring device, plus so much more.

Take a closer look at the new EPIC I/O  module (GRV-IVAPM-3) and get up to speed on how to install and configure it for your power monitoring applications.

Hopefully, you caught the recent blog post that announced our new 3-phase groov Power Monitoring module (GRV-IVAPM-3). In this next blog post, we’ll take a closer look at this module to help you get up to speed on how to install and configure it for your power monitoring applications. 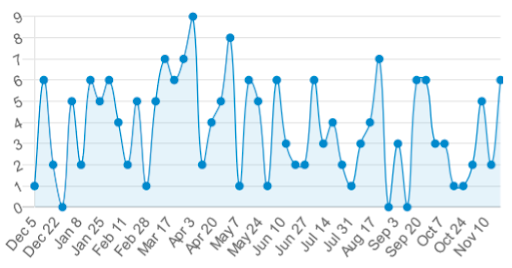 Get a recap of the most searched topics and popular OptoForum posts of the year.

Let’s take a look back at 2021 through the eyes of the OptoForums. You remember last year's top 5, right?

For starters, we had almost 200 more people sign up this year over last. (Y-Axis below is the number of daily sign-ups).

Several highly requested features have been added to the latest firmware update for groov EPIC PR1 and PR2.

Even with the Covid pandemic lingering on, our mostly remote team of software engineers at Opto 22 have been hard at work. As a result, we have a groov EPIC firmware update that addresses a bunch of requested features, and like any software update, some bug fixes as well.

Simply known as version 3.3.1, you can freely download and take advantage of these improvements right away.

Learn more about Time Proportional Output (TPO) and how you can use it on the groov RIO edge I/O module.

Do you need to control a digital output from an analog input?

If so, perhaps TPO is the solution you seek. Did you know that a groov RIO has 8 built-in TPO controllers and each can be configured for a different time period? We just need a little setup assistance in the form of a Node-RED flow. Before we get into that, let's talk more about just what TPO is.

From Raspberry Pi to Factory Floor

Some developer tips for successfully moving your project from home to the plant floor.

We know a lot of developers love to tinker and prototype projects on Raspberry Pi hardware. I do the same at my house with over 12 Raspberry Pi computers doing different things. It's such an affordable and fun platform with a huge community behind it... what's not to love? The challenge comes when it’s time to move your project from the house/office to the factory floor.