Firmware and software updates were released this month to help you get the most from your groov systems.

January 2021 started off with some important new releases from the Opto 22 engineering team. There are significant groov View updates that affect the groov family of products: groov EPIC, groov Box and groov Server for Windows.  We've even updated the PAC Project software suite to version 10.3003.  Here's a quick recap of what you need to know.

Your guide to networking groov products 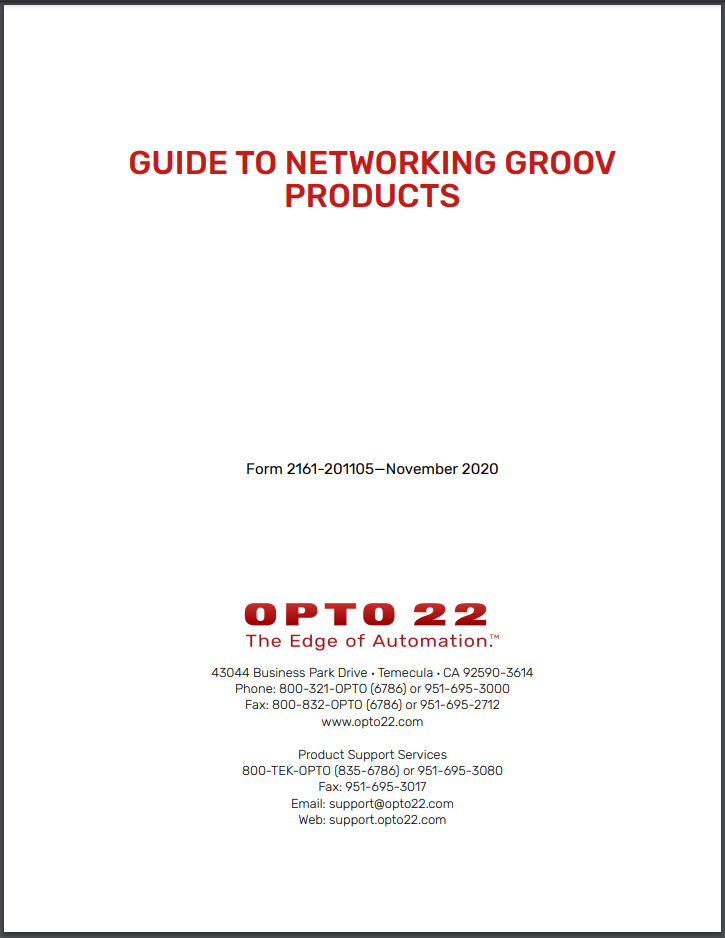 Updated technical guide provides instructions for setting up communications between your Opto 22 groov products and your systems and equipment.

Are you using one or more of Opto 22's groov products? Our documentation team has just updated the "Guide to Networking groov Products" to help you securely monitor, control, and move data between your automation equipment and computer networks, including the internet.

Control Engineering magazine hosts its annual awards program, which highlights some of the best new control, instrumentation, and automation products.

We're excited that Opto 22's groov EPIC (Edge Programmable Industrial Controller) is once again in the running for an Engineers' Choice award!

Major new features were added to the groov EPIC controller this year, making it a repeat contender:

2 - For greater security in data communications, you can now connect the GRV-EPIC-PR1 to a virtual private network (VPN), and configure the EPIC as a client to connect to an OpenVPN server.

3 - For Ignition users, you can now choose Ignition or Ignition Edge platforms. Full Ignition gives you access to more Ignition modules, external access to the OPC UA server (no need for a PC!), scripting, and database support.

But groov EPIC can't get the recognition without your help!

Update available for your groov Box 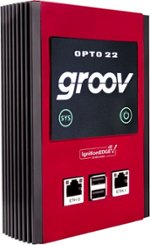 If you own or use a groov Edge Appliance (GROOV-AR1-BASE), we've got good news for you!
A new groov Admin update has just been released. This new version includes an Ignition Edge® update to 7.9.11, which removes the 500 tag limit for connectivity to 3rd party PLC devices. 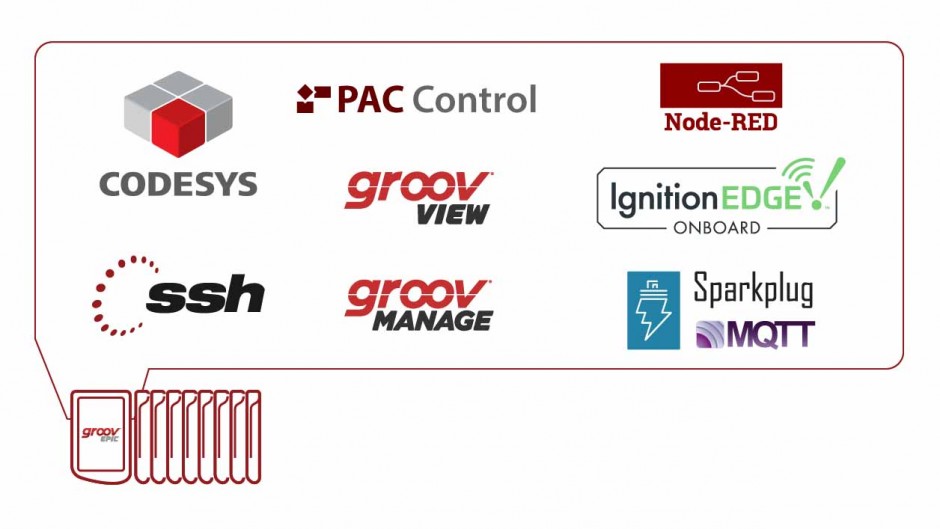 A free firmware upgrade is all it takes to start enjoying the new programming capabilities available for your groov EPIC system: CODESYS to run your IEC 61131-3-compliant applications! Many performance improvements are also included.

And for the groov Box, and groov Server for Windows, you'll benefit as well with a simple software download to update your groov View projects that improves performance, and now connects to any OPC UA Server for no additional charge! This goes for groov EPIC, too! 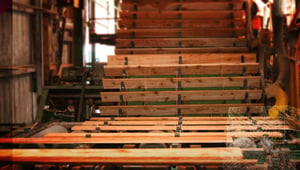 Walk into the fencing department of your local home improvement store, and you're likely to find Alta Forest Products wood fencing prominently featured. To remain the world's largest fence board producer, Alta has invested heavily in redesigning the handling and processing systems at its four sawmills, scattered over two states. 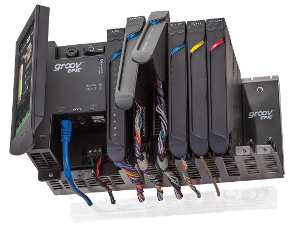 Join Opto 22 engineers to learn why groov EPIC is right for your future applications.

The cutting edge technology that’s part of the groov EPIC (Edge Programmable Industrial Controller) system is crucial for IIoT and automation projects in today’s world. With the convergence of OT and IT in recent years, it’s important to understand how groov EPIC is bridging the gap between these operational and information technologies.

This webinar is the first in a multi-part series describing why groov EPIC was developed for the future of automation and IIoT.

As the "P" in EPIC implies, we've added more Programming options to groov EPIC.  Our goal is for this Controller to be truly EPIC, and give developers and engineers multiple programming options on an Edge device, in addition to PAC Control, C/C++, Python, and more that's already available.  So, it's time to get excited about the future of EPIC, and discuss how developers can now get creative by using an IEC-61131-3 tool set for their applications.

Many automation engineers are familiar with the IEC 61131-3 standard, though you might not know it by that name. If you use ladder logic, you may be using one of the languages the standard defines.

Of these five, one (Instruction List) has already been deprecated in the 3rd edition (61131-3). That leaves us with four languages, three graphical and one textual:

Control Engineering magazine hosts its annual awards program, which highlights some of the best new control, instrumentation, and automation products.

We're thrilled that groov EPIC is selected as a 2019 Engineers' Choice Finalist! But we need your help to win the award in our category.

Voting closes December 21, 2018, with winners announced online on February 14, 2019 and featured in the February 2019 issue of Control Engineering.

Do you have a groov Box or groov Server for Windows? Then you'll want to hear about our new maintenance renewal process and new options for 1-, 3-, or 10-year plans.

Why renew your groov maintenance?

That's how you get new upgrades for your  groov View software.  Updates include: