EdgeX: An Open-source IIoT Platform from The Linux Foundation

EdgeX: An Open-source IIoT Platform from The Linux Foundation

One of the biggest questions companies face when surveying IIoT (Industrial Internet of Things) technology is where to invest. The IIoT can be a pretty foggy and technologically diverse topic for anyone to understand. And there are so many competing standards out there today that it’s tough to identify which path to take.

But a new platform built upon an open source, extensible framework for IIoT technology called EdgeX was recently announced, and it may be just what the industry needs to part the clouds of confusion and shine some clarity on the IIoT.

Ah, but as soon as I mention a new standard or framework, you might begin wondering, why this framework instead of the myriad others already out there?

Simple. This one’s backed by The Linux Foundation and all of the open-source community goodness and technology that comes with it.

Yes, I know. Open source is a foul word to most industrial automation vendors. They might say, “Open source? God, no, man. What are you thinking? You deviant maniac! 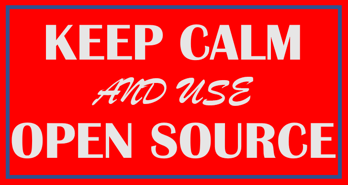 "How will we lock our customers into lavish support contracts that promise the world (only to deliver marginal third-tier support from a 'local' certified authorized distributor in a completely different timezone than the customer)?

"We can’t sell them a new driver if we don’t come out with a new proprietary protocol! And how will we force our customers to upgrade to new technology they don’t really need? Yes, they do in fact need that new PLC. It has the revolutionary new blue LED technology that turns the LED on when the PLC is off. Damn it, man! How will the controls engineer know if the PLC is off without the blue LED?"

But in all seriousness, times are a-changin'. The worlds of IT and OT are converging. And there’s nothing that can stop that. The Internet is like a star in a solar system: it just has too much gravity for anything to escape it.

It started with Ethernet and TCP/IP being added to a controller. And now our automation systems at the network edge are starting to connect to the digital world.

So there’s no stopping it now, because the benefits of all of our systems talking and working together are far too great. And that’s exactly what EdgeX is going to accomplish: getting our IT and our OT systems talking to each other.

So what is EdgeX, and why does it matter?

Right now a number of competing standards are out there attempting to address what we all want to do—which is to get our OT systems talking to our IT systems, so we can actually get visibility into all aspects of our business.

There’s the Industrial Internet Consortium, Industrie 4.0, the OpenFog Reference Architecture, and I’m sure many others I’m forgetting to mention.

Yes, the old adage is true when it comes to standards: if you don’t like one, pick another. But so far, to my knowledge, none of these standards has really taken off or been widely adopted by industry. Which is why EdgeX is so important.

As I mentioned above, EdgeX is an open-source project managed by The Linux Foundation. Those two key points are what make EdgeX so important to the IIoT.

So many different components make up an IIoT solution that putting them together even to simply move OT data into IT systems quickly becomes the albatross of both IT and OT professionals. 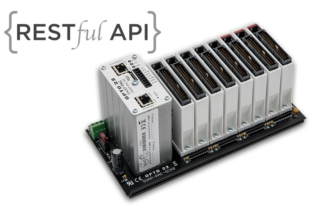 Having an IIoT framework backed by The Linux Foundation means that while the framework may adapt and change over time, it’s probably going to be around for the long haul.

The goal of the new EdgeX Foundry is to develop modular, cross-platform middleware for industrial IoT edge systems, like programmable automation controllers (PACs).

The EdgeX Foundry intends to unify the marketplace around a common open framework and build an ecosystem of companies offering interoperable plug-and-play components.

The EdgeX framework is designed to run on any hardware or operating system and with any combination of application environments. And devices that conform to the EdgeX framework will be maintained through a certification program to ensure that interoperability.

Goodbye, proprietary closed-off silos of technology, and hello, plug-and-play interoperability. Here's a brief overview of what the framework and architecture look like.

Sign up for the Opto 22 blog to get the next post on EdgeX, where we'll take a closer look at what makes up the EdgeX framework and why it's poised to be a widely adopted IIoT standard.