Drones are playing a key role in the Industrial Internet of Things. Not to mention the fact that they’re pretty much all the rage today with just about everyone.

I would hazard a guess that almost everyone you know knows someone who has one. They’re in all the stores at the mall, the military has fleets of them protecting the skies, and I can’t wait to see Amazon’s version dropping my packages off on my front doorstep.

But are they useful in industrial applications? Or more importantly, is there some plausible application we can conjure up to get our budget committee to approve funds to procure a drone?  After all, that’s the real question, isn’t it? 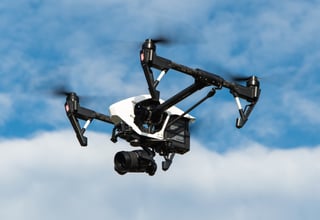 According to Harvard Business Review, “While 60% of drone usage currently relates to communications and media such as for filmmaking and commercial photography, new higher-value applications are on their way, as drones have a significant advantage in terms of precision, convenience, and cost over more traditional solutions such as satellites and helicopters. Drone-mounted sensors can be used to capture an impressive array of data, paving the way for increased digitalization of industrial processes.”

So where are drones being used in industrial applications today?

Here are the top 5 applications I’ve come across.

For over 20 years Japan has been using the Yamaha RMAX unmanned aerial vehicle (UAV) for seeding and spraying rice fields. Some of the fields are located in high altitude and difficult to reach locations. The UAV can easily get into these locations for field maintenance. 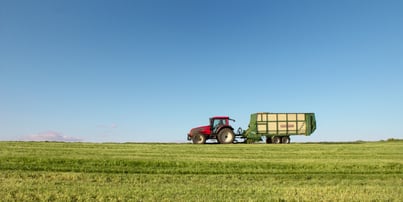 But the agricultural applications don’t end there. In addition to seeding and spraying, agricultural uses for drones include:

Drones can also be sent up to monitor crop stress factors, like over fertilization and drought. 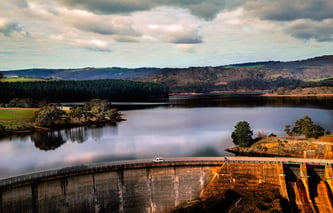 From planning to final construction, nearly every stage of the engineering process can benefit from aerial craft. Airplanes and helicopters are already widely used in civil engineering for things like aerial mapping and creating promotional videos for tourist destinations.

But as UAV costs and barriers to entry lower, nearly all civil engineering projects will be able to benefit from their use. For example, drones can help reduce the time and expense traditionally involved in inspecting infrastructure, constructing roadways and forest roads, and monitoring shoreline erosion.

Part of making our electrical grid smart is getting access to real-time information on the status of power generation and transmission infrastructure. Utilities have already tested unmanned aerial vehicles for inspecting transmission and distribution lines, looking for damage from storms and normal wear and tear. These tests have been run under temporary rules from the Federal Aviation Administration, and utility companies are now ready to further demonstrate the value of drones.

Imagine a utility that had a drone in every single line worker’s truck. Workers could perform inspections without having to climb power poles or get close to dangerous wires. Drones can also inspect hundreds of miles of transmission lines in single flight—much faster than the traditional line worker having to climb several transmission poles.

Drones can improve safety in mining applications with real-time information on mining activities:

Drones provide an efficient way to manage stockpiles and help with grading control, site exploration, and overall management. Drones can also help miners figure out more efficient ways to design haul roads, dumps, and pits so they have less of an impact on the environment.

Drones are being used today to detect gas leaks, spot fugitive oil spills, and even scout for whales.

Today drones are predominantly used in the midstream oil and gas sector. But they can also be applied to almost every aspect of the industry, including land surveying and mapping, well and pipeline inspections, and for security purposes.

Drones for your application

So yes, drones can be valuable in industrial applications and are already being used there. And if you want one, what it really comes down to is a simple question that can be applied to almost any industrial application: Would it be easier, safer, faster, or cheaper to send a drone to surveil and collect information on your application than it would be to send a traditional aerial vehicle or person?

Drones are becoming a competitive advantage to many companies embracing the Industrial Internet of Things (IIoT). How would they be useful in your application? Or are you already using them?