Adventures of an Applications Engineer - Part 2

Adventures of an Applications Engineer - Part 2

In my last post, a green submarine traveled through space and time to the bottom of the ocean, and an Opto 22 SNAP PAC (programmable automation controller) interfaced with a lot of Modbus equipment to coordinate systems.

These next two adventures are also examples of how well Opto 22 PACs play with others. 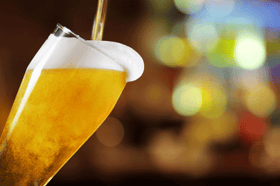 Here's an IoT (Internet of Things) application I especially love. It connects a pour-your-own-beer or other beverage dispenser to the relevant cloud.

So there you are on a cruise ship in the middle of the ocean. You can just walk up to a serve-yourself dispenser and get the brew you want.

The dispenser sends your data to the cloud, where the system automatically checks your age, logs how much beer you pour, and bills your card.

And yes, I did think about how I might add just a little bit of extra code in that application. It would be so easy to add if name = OptoMary, then let her have as much as she wants—and don’t bother adding it to her bar tab in the cloud.

But of course I didn't. (That’s my story and I’m sticking to it.) 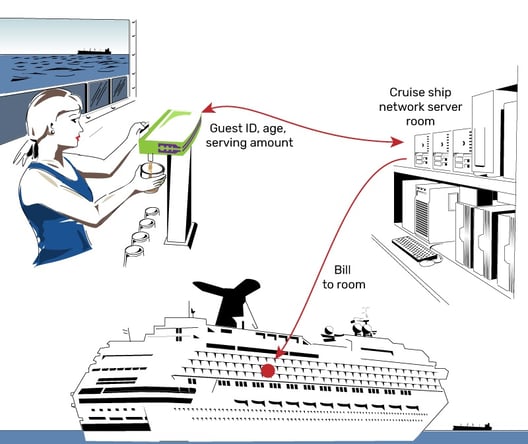 The cloud to connect to on the cruise ship was a small local server. That server just required some XML/SOAP packets for the necessary transactions.

But our PAC Control communication commands also support secure TCP communications (like HTTPS GET and POST requests) and have for many years now. So the cloud can be anywhere.

And that means any communication code I may or may not have contributed some years back is now in applications all over the world, communicating with various hospitality protocols and systems, pouring joy and happiness for all. Especially OptoMary. 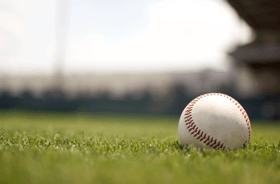 For example, the same kind of cloud-connected dispenser has been filling beer glasses at major league baseball games. That got lots of press.

And that leads to my next favorite customer—odd, since I’m not a huge sports fan myself.

Power to the halftime show!

I learned a whole new set of acronyms and terms on this powerful project, including MLB and "post season," which sounds like it means "after it’s all over," but really that’s when it gets extra exciting.

Post season is also (coincidentally) when the higher-ups in the major leagues—and certain sports broadcasting folks—are especially concerned about making sure the power stays on for the entire game. So we got involved.

This integration project involved a bit of PAC Control OptoScript code to keep tabs on things (not my bar tab this time). But it was mostly a groov project, since groov is made for mobile and those TV execs wanted to be able to see "All power systems go" right from their smartphones and big TVs.

Most of the power, UPS, and generator devices they wanted to monitor and control used the Modbus protocol (mostly Modbus/TCP), which groov does natively. So they didn’t need that much help to type in addresses and registers, then drag and drop gadgets onto their web pages for those TV monitors and handheld devices.

This MLB groov project was a nice little warm-up for the Big Game (which I learned you’re not supposed to refer to in print by its common name unless you pay a healthy license fee), where a couple of teams with guys wearing tight pants toss around a ball that may or may not be fully inflated.

Result? The power stayed on the whole game, and the VIPs got the powerful reassurance they needed.

Also, Lady Gaga put on a super high-tech halftime show. I wouldn’t be surprised if some Opto hardware was involved there, too. We often have at least a relay in the mix without even knowing about it until decades later, when someone opens a box that’s been working away quietly, underappreciated, like a few integrators I know.

While the first DraftServ application required some fancy TCP communication handles and OptoScript to build XML/SOAP packets, that’s all much easier these days. With built-in HTTP Get and HTTP Post commands in PAC Control itself, and countless options for connectivity with Node-RED® in the groov Box, building IoT applications is easier than ever.

This second groov application for power turned out to be the first time in history this championship game ever went into overtime. (Maybe groov + Opto = good luck for fans?) Since I knew all about the last-minute changes (from many phone calls I’d received while helping the integrator put the final touches on their solution), I watched with an extra level of excitement.

Unlike certain previous years’ games, in 2017 the lights stayed on the whole time, even with the extra overtime. Whoo-hoo! The crowd goes wild!